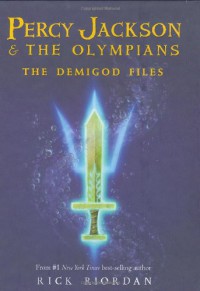 I think if I had read the series as it was being released I would have liked this book more. It's filler to tide people over until the last book.

The stories are the best part. The interviews don't add much to the characters, more like they just confirm what we've already been told about everyone. And I was reading a library copy so I skipped over the puzzles at the end (plus the crossword was already done, in pen no less).

I don't think I mentioned this in any of my other reviews, but I find Ares' relationship with his children to be disturbing. I get that he's the god of war but that doesn't have to equal abusive dad, and I feel like that issue is never adequately explored/confronted.

If you love Percy Jackson, it's worth checking this book out just because you do get a couple of extra adventures which are pretty fun.